North American Sadie Simpson Scholarships  are held annual in a different North American city.  The 2019 location is Alexandria, Virginia.
Dancers who excel in their medal tests and meet certain qualifications (check with your teacher for more details) have the opportunity to be nominated as a candidate for this event where they compete in a solo choreography competition, participate in a master class and write a paper on theory. 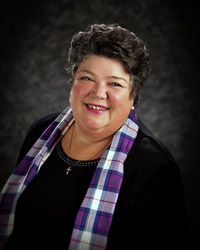 Diane Krugh is returning to GMPA for the sixth consecutive year to administer medal tests to Highland dancers.
Diane is a Senior Examiner with the BATD (British Association of Teachers of Dancing). Along with her friend, Joy Tolev, Diane is the co-coordinator of the North American Sadie Simpson Scholarships sponsored by the BATD. Diane passed her Scottish Official Board of Highland Dancing (SOBHD) Judges exam in 1983 and has been judging for over 30 years. She has been blessed to travel all over the world examining, teaching, and judging and has loved every minute of it!
Diane was never the top winner and only won one trophy during her time dancing. She likes to emphasize that one does not always have to be a champion to be successful in highland dance, but when you have the passion for it and love what you do, then you will find success.